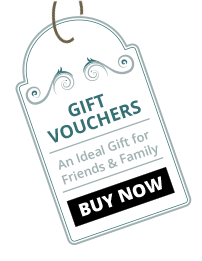 Renowned As A Focal Point For Ireland's Ancient East

Ireland's Ancient East3 Nights Dinner and One Packed LunchWhy not enjoy some of our local scenic attractions including the Burren Geopark with its amazing examples of Megalithic tombs, stone walls, ancient rock art and the breath-taking Marble Arch Caves.
Book Now

Cavan – The Lakeland County has been explored by many for years upon years. Renowned as a focal point for Ireland's Ancient East you will have much to explore on your visit to Cavan Crystal Hotel.

Ireland's Ancient East comprises of many magnificent destinations which are commutable from Cavan Crystal Hotel. Take this chance to follow your ancestor’s footprints from the beginning of time.

Enjoy a visit to the following destinations:

Kells, a small town in county Meath, which was one of Ireland’s earliest monastic settlements. Monks from the Scottish Island of Iona fled to here to escape the Viking raids in 804AD, bringing with them the Book of Kells, a precious manuscript that is now housed in Trinity College Dublin. While in Kells, take the time to explore some of the high crosses, the round tower and the 10th century oratory known as St Colmcilles House.

A short drive from Kells to Trim, brings you to the largest Anglo Norman Castle in Ireland, built in the late 12th century and nestled on the bend in the River Boyne. While there, why not visit St Mary’s Abbey and the Newtown Monuments which include a medieval cathedral, two monasteries and a church.

Alternatively, you could travel to the Hill of Tara – which once was a seat of the High Kings of Ireland. The views from this hill top is amazing and you can explore the history with an audio-visual show and a guided tour.

From the Hill of Tara travel to Brú na Bóinne (Palace of the Boyne), which is one of the most important prehistoric landscapes in the world – A must see when exploring Irelands Ancient East. The site has three passage tombs, Knowth, Dowth and Newgrange – all boasting magnificent examples of megalithic art.

Visit Drogheda where you can take a stroll past St Lawrence’s Gate to St Peters Church, where you can see the relic of Saint Oliver’s Head which is installed in the side alter. When in Drogheda, take the time to explore this busy town.

From here travel to Slane on the way back to Cavan Crystal Hotel – travel through the village to the Hill of Slane and visit its ruined friary and castle which is built on a pagan shrine. The Lords of Slane lived in this castle from 1170, before packing up and moving down to a site by the river, where Slane Castle still stands.

From here it is approximately a one hour drive back to Cavan Crystal Hotel for an enjoyable rest after a very busy day.

A trip to Carlingford and the Cooley Peninsula is well worth a visit. The Cooley Peninsula is a rugged, mountainous peninsula jutting into the Irish Sea, famous for the ancient tale; Táin Bó Cuailnge. This area is rich with legend and many believe is the resting place of Finn McCool. There is a 40km walking route here that takes you all around the peninsula. After your long walk, head to the medieval town of Carlingford for a bite to eat before returning to Cavan Crystal Hotel.

On another day you could take a drive to Inniskeen in County Monaghan where the Patrick Kavanagh centre is located, recognising the wonderful art of this 20th century poet. Located close by is a round tower built by monks to help protect against the regular attacks on their monastery and a castle built on top of a Stone Age tomb by Anglo Normans.

Located closer to home is the 6th century Drumlane Abbey founded by St Colmcille, situated near the small village of Milltown in County Cavan. The setting is magnificently situated near Lough Garfinny. Unfortunately the peace once enjoyed by St Colmcille did not last as the monastery was burned in 1261, however the round tower stands guarding over the site.

In north Cavan, lies an ancient limestone plateau which has preserved centuries of human and natural history, known as Cavan Burren Park. Recent surveys of this area has revealed megalithic tombs, standing stones and rock art dating back to the Bronze age.

While staying in Cavan Crystal Hotel, we highly recommend a visit to the Cavan County Museum, located in Ballyjamesduff. Exhibits run from prehistoric carved stone heads to the story of the Great Famine and much more.

Many a guest has ventured from Cavan Crystal Hotel to neighbouring county Westmeath, where you could explore the Tullynally Castle Gardens, Fore Abbey, Colrea Trackway and Belvedere House.

From any of these destinations you could go on to explore the bustling town of Athlone and its castle, which was built in 1210.

There are numerous destinations that you can explore along Ireland's Ancient East while using Cavan Crystal Hotel as a base for your trip. Please note many of these locations are isolated and so a guest would require their own transport.

If you have a specific interest in any of the above locations and if you would like to receive any further information please do not hesitate to contact us directly on +353 (0)49 4360600 or email info@cavancrystalhotel.com.

To celebrate Ireland's Ancient East, we have created a specific package which will allow you to take a packed lunch with you – if you would like to tailor this package in anyway please do not hesitate to contact us directly on +353 (0)49 4360600 or email info@cavancrystalhotel.com.